Industry can be defined as making products for commercial use. With this in mind, town records show that the earliest farmers engaged in industry when, after meeting the needs of their families, the products of farm industry such as wheat, wool, flax, cheese, butter, meat, hides, honey, fruit, and basket willow, were made available for commercial use. In order to retain possession of one’s land as was specified in the original Town Charter, land had to be cleared and crops planted. The resulting harvests were so plentiful that a good trade for the local surplus was set up with the older southern New England settlements, such as Boston. Sawmills manufacturing rough and fancy lumber, clapboards and shingles, and gristmills for grinding corn were built, and these were joined by carding and clover seed, steam-powered flooring, and plywood mills. Plows and harrows were built for local farmers, whose milk products were brought to the local Creamery. Other products or goods produced locally and sent afar were maple sugar (syrup), butter, cheese, hogs and cattle. Block ice was cut with hand saws with very long blades from a mill pond near the White River and stored in sawdust until being distributed to farmers and village people.

The discovery of Steatite, a hardened form of talc and commonly known as soapstone because of its smooth, soap-like quality, brought about, in 1865, the Rochester Soapstone Company. Steatite was valued for its heat-keeping properties, especially for stoves and foot warmers. When the harder soapstone deposit led into the softer form of talc, Steatite mining was abandoned, and in its place a succession of talc companies mined the talc deposits remaining on the site, with talc blocks being drawn down the mountain to be ground into powder at a mill on the White River, and subsequently shipped out of the area on the White River Valley Railroad. The Great 1927 Flood ended the talc industry in Rochester.

In North Hollow just prior to 1920, while prospecting for talc, a lens of metamorphic serpentine, commonly known as Verde Antique marble was discovered. Other strains of this marble were mined in Greece and Italy. This marble has a green background with white veining and is generally used for decorative and architectural purposes. Rochester’s Verde Antique can be found in many state capitols and in federal buildings in Washington, DC. The Vermont Marble Company in Proctor owned the quarry until recently when it was sold to a Swiss consortium.

Needless to say, large scale lumbering was a profitable venture for many, and it was an exciting sight to see the dams on the branches of the White River opened up for the Spring Log Drives. Today, of course, logging continues on a different scale. Other businesses that thrived in those early years included a furniture and carriage shop, a shoemaker and cobbler shop, a butter tub factory, a tailor and tanner, a harness maker, a blacksmith with an iron foundry, a chair stock (ash dowels) factory which specialized in bending dowels for furniture manufacturers in Massachusetts and the South, a flooring mill, a bobbin mill, bakeries and a print shop. In addition, various cash crops became popular: potash, wool, teasel, whose dried flowers were used to raise the nap on woolen cloth, hops for supplying foreign and domestic brewers, valerian and hellebore root for the pharmaceutical market, seed potatoes, evergreen ferns for the florist trade, and Christmas trees. Rochester has twice had the distinction of providing a National Christmas Tree: in 1967, when local farmer and forester Riley Bostwick arranged for a tree to be sent to Washington, and again in 1982 when another of Riley’s trees was selected for the Capitol. 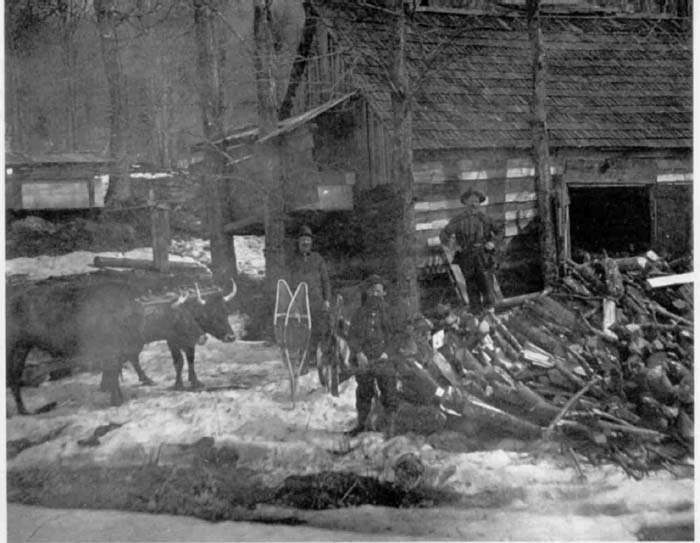 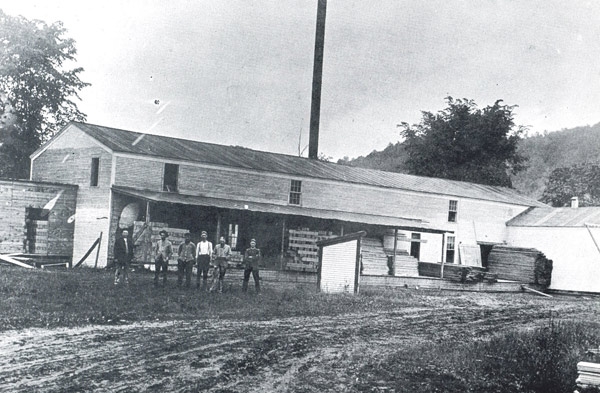 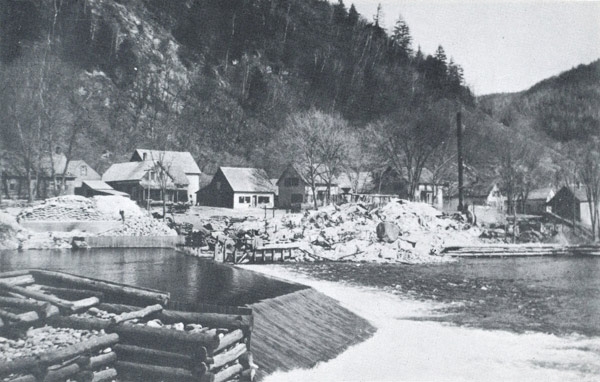 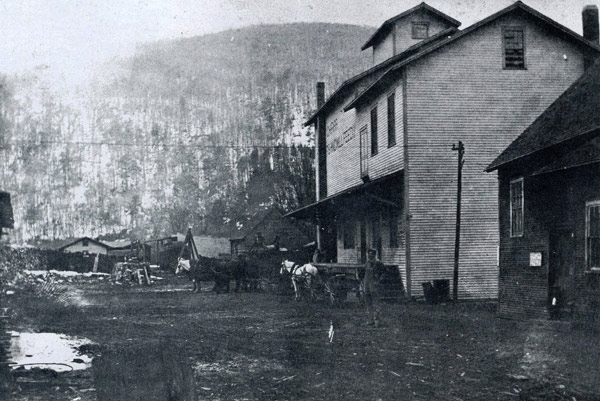 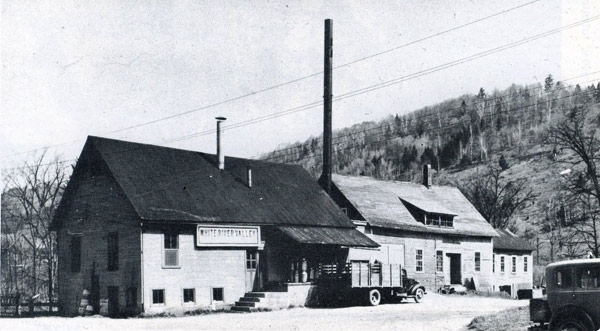 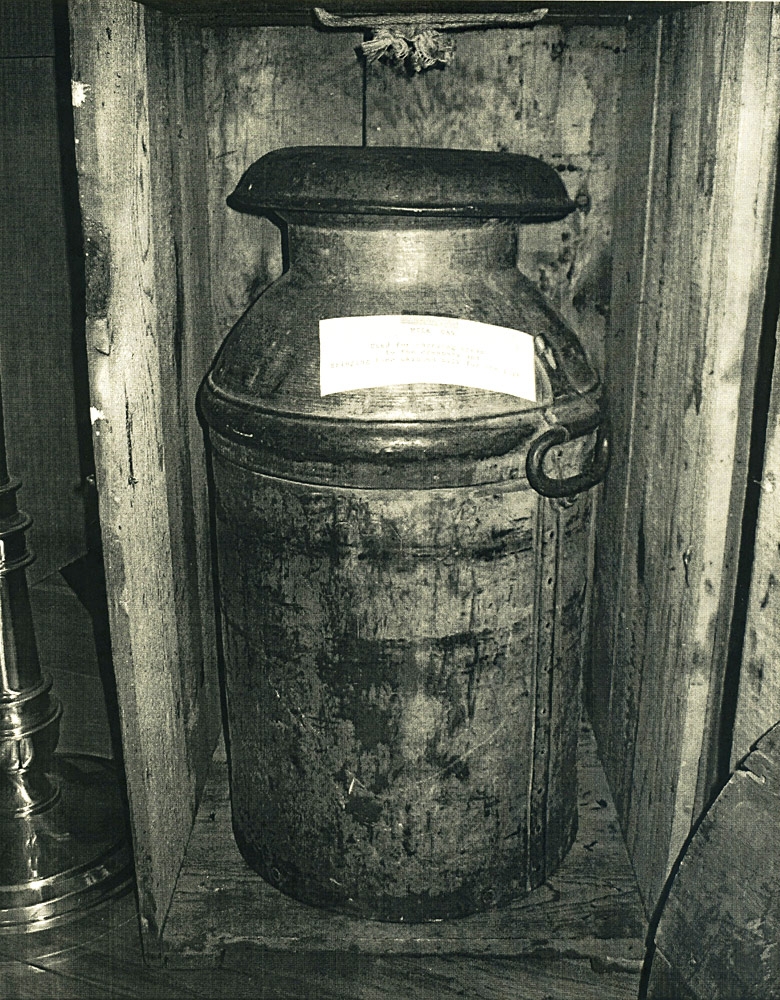 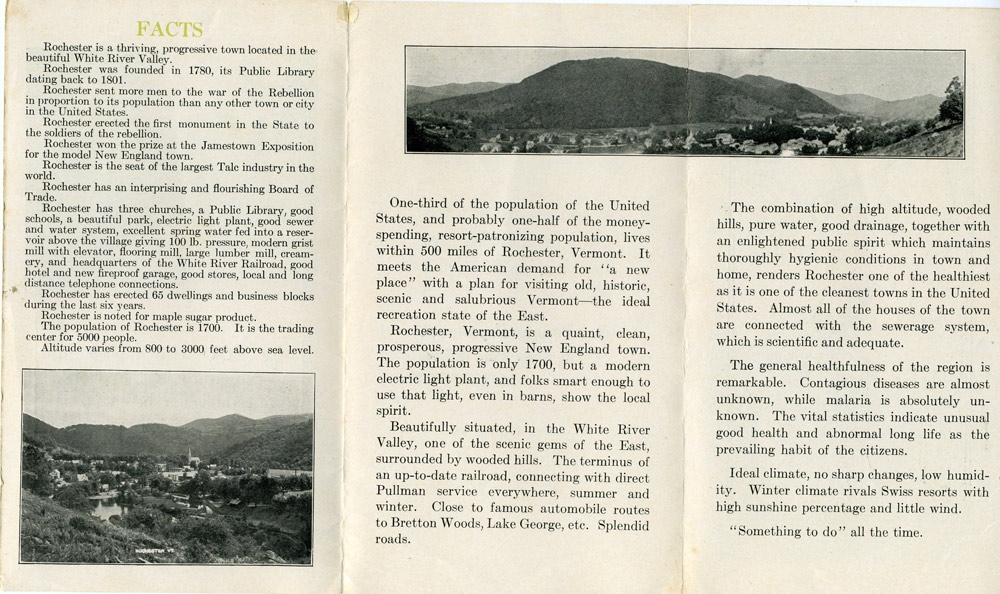 Rochester Board of Trade brochure 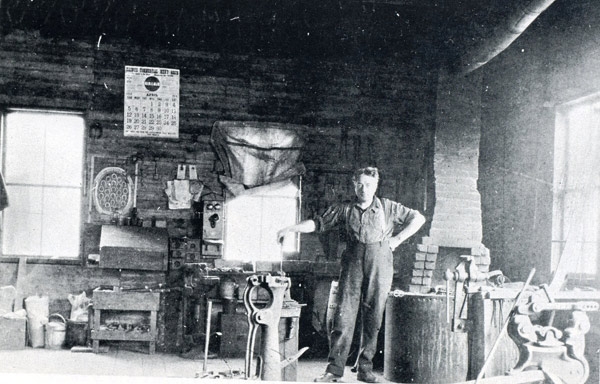 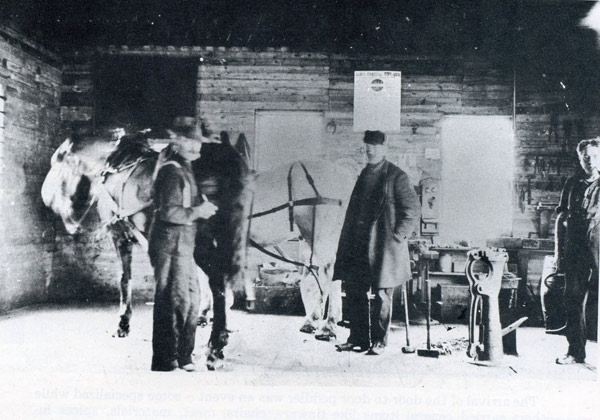 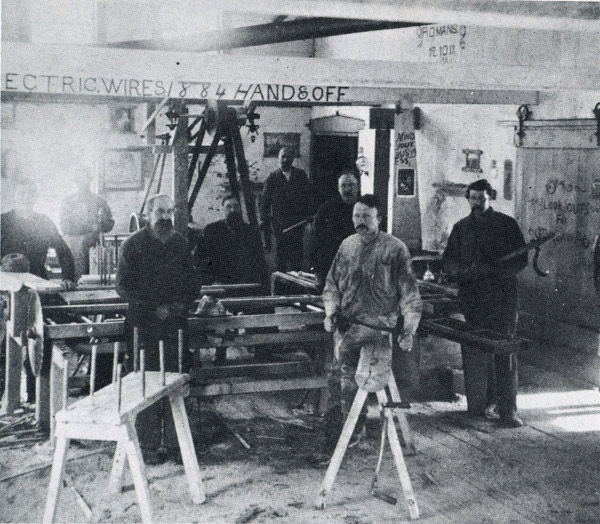 1894
Telephone service is introduced to Rochester.

1898
Electricity becomes a reality in Rochester.

1899
June 12—Groundbreaking for the Peavine railbed.

1900
Rochester becomes a railroad town! On December 26 the first ceremonial run of the White River Railroad, the Peavine, makes the round trip from Rochester to Bethel.

1907
Talc mines are discovered and developed.

The quarry continues to operate today.

The 1927 flood and long distance trucking spell the demise of the White River Railroad, and the Peavine makes its last run.