Electricity came to Rochester in 1897 with the formation of the Rochester Electric Light & Power Company, when a branch of the White River was dammed up, a water wheel installed, and a power station to generate electricity was built. The town was lighted by electricity on February 17, 1898. Power was provided until midnight and again from 4 a.m. to daylight. Imagine 15 cents per light per month! It was not until the 1940s that all of Rochester was lighted. This utility remains privately owned today, with power being purchased from outside concerns. Telephone connection to the outside world was made in 1894, when lines were brought over the mountain from Brandon by way of the Champlain Valley Telephone Company. 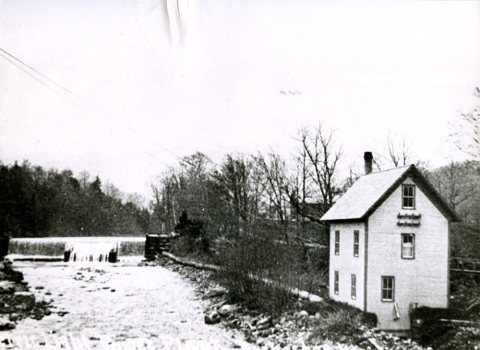